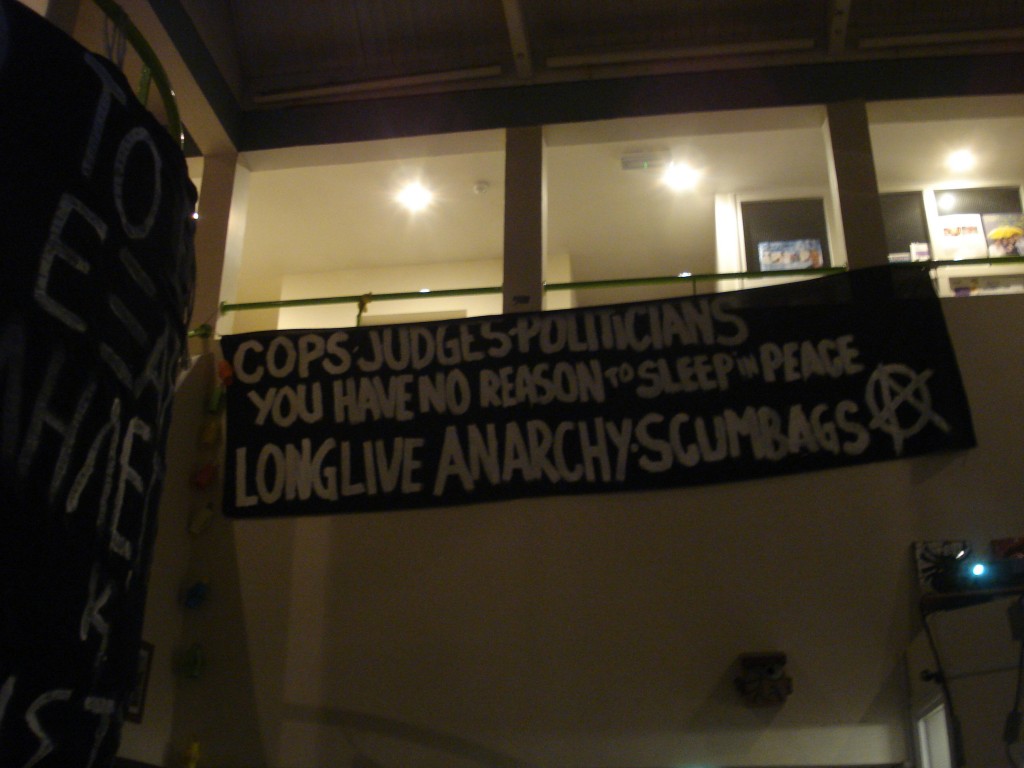 we received and transmit: update information from Greece

At the 6th of January the anti-terrorist unit announced that Christodoulos Xiros violated his 7th days of temporary permission leaving prison for a few days. He escaped and went underground for his freedom. Christodoulos Xiros is a member of the Marxist organization 17th November (an organization active for 27 years having claimed responsibility for 23 executions of cops, judges, journalists, politicians, American agents, dozens of explosions and attacks with rockets). Xiros has sentenced to six times lifelong plus 1000 years to prison.

The anti-terrorist unit had the journalists say that Christodoulos Xiros co-operate for his escape with the Imprisoned Members of Conspiracy of Cells of Fire. They had specific references that Xiros has found shelter at a safe house of unarrested members of CCF.

In the context of the anti-terrorist propaganda of media has unleashed an attack against the Cell of Imprisoned Members of CCF.

Our comrades are presented at news and newspapers as the “leaders” of the prison who threaten and hit guards and other prisoners. Reporters used as an example, the beating of an “anarchist” prisoner (who slandered CCF on public) from the comrades of the conspiracy to establish the lie of the “mafia’s action” of the terrorists.

The same time after the meeting of the prime minister with the ministers of public order and justice, announced that there will be no furthermore temporary permissions so as to exit prison for a few days for “terrorists” who “don’t regret for their actions” and that the prison of Domokos will become a high security prison under the police control with special forces of police (EKAM). In Domokos will be transferred all the political prisoners accused of having participation in urban guerilla actions and other prisoners with long terms accused of organized crime.

Furthermore, some days before, the anti-terrorist unit called relatives of two comrades members of CCF so as to deposit what they may know about the escape of Christodoulos Xiros.

The comrades of CCF with an announcement (“What A Wonderful Day”) support Christodoulos Xiros choice and they express their solidarity writing “the era of the attack has just begun”.

P.S. The last days cops have raided so far at least 15 comrades’ houses in Thessaloniki. Most of the comrades were members of Anarchist Squat Nadir’s assembly.